SHIP PORTRAITS - THE PAINTINGS OF JACK SPURLING
AND ANTOINE ROUX AND HIS THREE SONS, PAINTERS
OF MARSEILLES

This website displays the watercolours of Jack Spurling, the preeminent marine artist of
the ships of the last years of sail, and follows with a sample of the work of the extraordinary
talent of the Roux family of Marseilles whose paintings of ships span close to a century from the 1790's
to the 1880's

http://www.findboatpics.com.au - paddle and screw steamers and auxiliaries in the Australian and
New Zealand trade from the 1850s to 1914

http://www.findboatpics.net.au - steamers and motor ships in the Australian and New Zealand
trade from 1918 to the 1979s 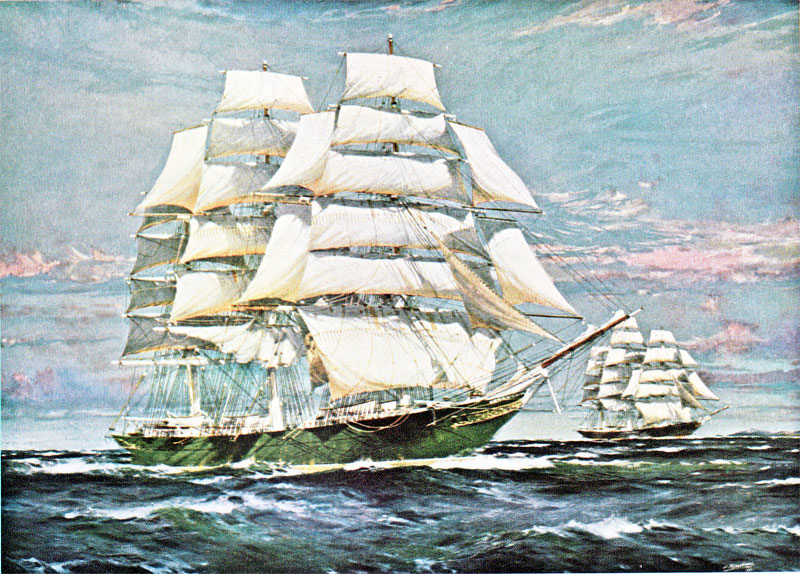 Sources of Information & Comment:-
Basil Lubock's
- Texts in SAIL:The Romance of the Clipper Ships,
Volumes I, II, & III
- The Blackwall Frigates
- The Colonial Clippers
- The China Clippers
- The Last of the Windjammers, Volume I
- The Log of the Cutty Sark 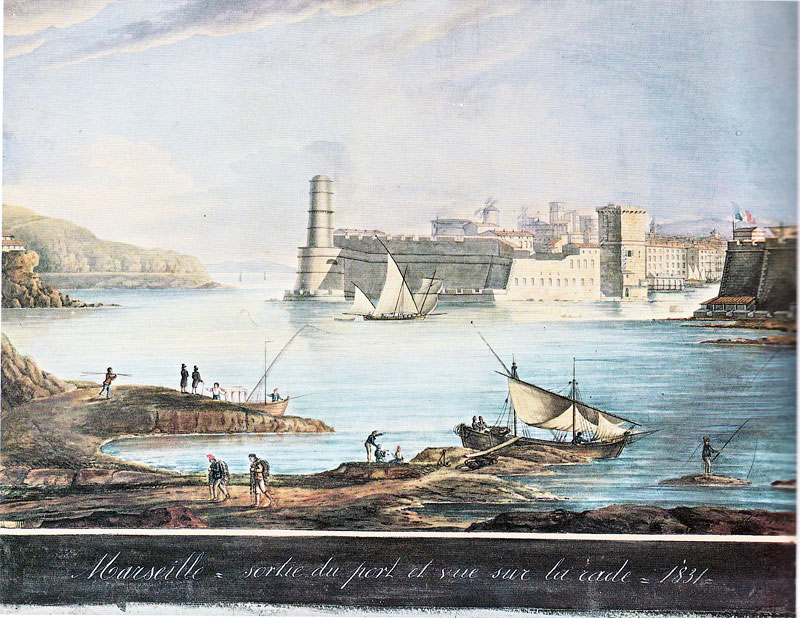 2. Antoine Roux, fils
A. From "The Artful Roux" by Philip Chadwick Foster Smith (ARF-A)
B. From the Christie's Catalogue, Monaco, December, 1990 (ARF-B)
C. Prints from "L'Age D'Or De La Marine A Voile" by Jean Meissonnier (ARF-C)
D. From the website of the Scheepvaart Museum, Amsterdam (ARF-D)


The Roux family of marine painters starts with  Joseph Roux (1725-1793),  who
took-over and developed a hydrographic business founded by his father in
Marseilles which published and sold charts, navigation instruments and other
nautical gear.  He painted in oils under the name of Joseph Roux and the sale
of ship portraits was a side line of the shop.  Not many of his works remain.

Joseph had one son, Ange-Joseph Antoine (1765-1835), who followed in his
father’s footsteps in the hydrographic business in Marseilles and who became a
prolific and successful water colourist.  With portraits of ships and other
Mediterranean craft,  and as a general  marine artist. The Peabody Essex Museum
has a collection of his ship portraits of American ships and a number of his
sketchbooks.  He painted under the name Antoine Roux.  He had three sons who
followed in the family business in Marseille and trained as painters.  He also had
a daughter Ursule who became a water colourist but few of her works remain.

Mathieu-Antoine Roux (1799-1872), the first son, followed his father in working
on ship portraits in water colour. He signed his paintings Antoine Roux, fils (son).
He was not as prolific as his father or brothers.  He succeeded to the hydrographic
business of an uncle also in Marseilles.

Francois Joseph Frederic (1805-1870), the second son, also followed his father as
a water colourist in ship portraits.  He worked in Marseilles until 1827 when he
went to Paris to the atelier Vernet. About 1835, he settled in Havre and opened a
hydrographic shop.  In Paris, he came to the attention of Admiral Wiliaumez
who commissioned him to prepare a series of forty watercolours of ships in the
Admiral’s career.  The major part of this work was completed in 1827 and 1828.
Another series of twenty three watercolours dedicated to the Duke of Orleans was
completed in 1831.  His style changed several times over the years.  He signed his
paintings "Frederic Roux".  The Musee de la Marine in Paris has many of his works.

Francois Geoffroi Roux (1811-1882), the third son, who followed his father and
brothers in the family business, as a water colourist.and was probably the most
gifted painter of the Roux family. His paintings became more natural and less
stereotyped.  He succeeded his father in running the shop in Marseilles.  In 1860,
he relinquished the shop to his nephew Tonin (son of Antoine, fils) and lived
alternatively between Marseilles and Paris. In the period from 1860 to his death
in 1882, he acomplished much of his best work. In 1870, he was appointed as an
official 'Peintre de la Marine'.  In 1885, after his death, a posthumus "L'oeuvre
de Francois Roux: Representant Les Portraits des Navires de la Marine Francaise
de 1792 a nos Jours" was published with black and white photographs (plates)
by A. Liebert of  78 of Francois' paintings mainly of French Navy ships over
the period from 1792.  Some of thes plates are illustrated in an Addendum.

What follows below is only a sample of the paintings of Antoine Snr and his
three sons over a period spanning from the 1790s to the 1880s which apart
from the artistry are of interest to the marine historian of the development
of ships and Mediterranean sea and water-craft over that period.

Philip Chadwick Foster Smith's
- The Artful Roux - Marine painters of Marseilles
Including: A catalogue of the Roux Family Paintings
at the Peabody Museum of Salem
(images displayed also in M.W. & Dorothy Brewington's
"Marine Paintings and Drawings in the Peabody Museum"

L'Album de L'Amiral Willaumez
- 24 of 40 Watercolours by Frederic Roux
by the Friends of the Musee de la Marine, Paris

Addendum (to be completed)


CONTACT
The author, ROY FERNANDEZ, can be cotacted by email at:-

By Antoine Roux, 1801 - Sella Aurora, a Greek polacre off Marseille 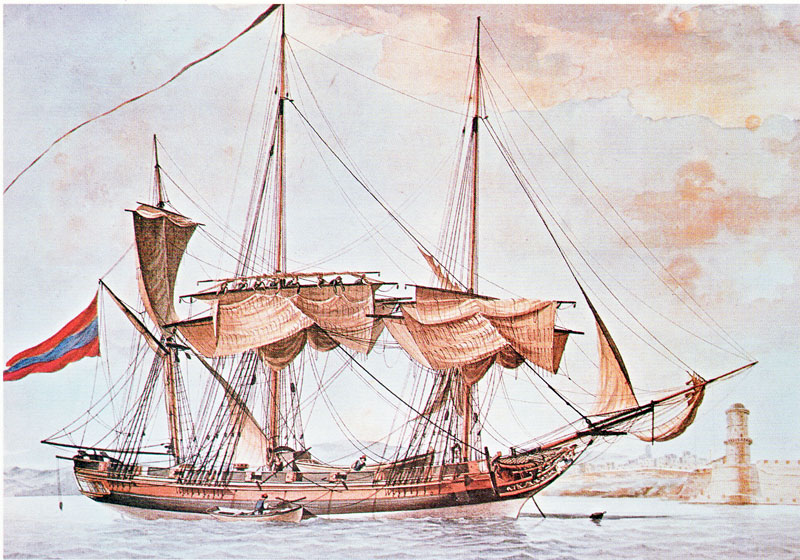 From "Dictionary of Ship Types"